I have been feeling pretty festive recently and one thing I love to do during the Christmas season, which I am sure many people can relate with me, is EAT.

…and then burn it all off of course !

So I have been going around to my favourite restaurants and recording they’re goodness so that you can see just what you are missing. And from now until the New Years I will making several posts following my Food Chain Series of my favourite places to go, even after hours.

A while back ( 21st of November to be exact ) – and many other times since I discovered the beauty – I went to Salmontini with good friends including Patrish Zea, and Pixie Cosmina for Adela Ionescu‘s birthday ! Every since I discovered Salmontini a few months prior after moving around the Chelsea area I have been a frequent goer – usually under the care of JPR.

They are located on Pont Street and known for their award-winning sushi and cocktails.

My favourites lay within the Salmon Selection which include the Edamame Servings and the Sashimi ( omg ).

They also have a DJ booth which runs later during the evening and an array of deserts ( I am not really a desert person, but just looking at these – it’s really hard to say no ).

Afterwards we went to BonBonniere ( the usual ) another client of JPR where the food journey continued with a lot of cake! 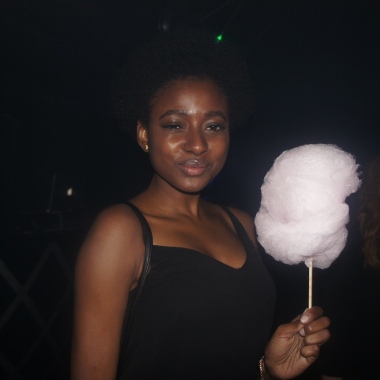 Try out this new Sushi Spot in Manhattan called RollnCO! It is amazing!